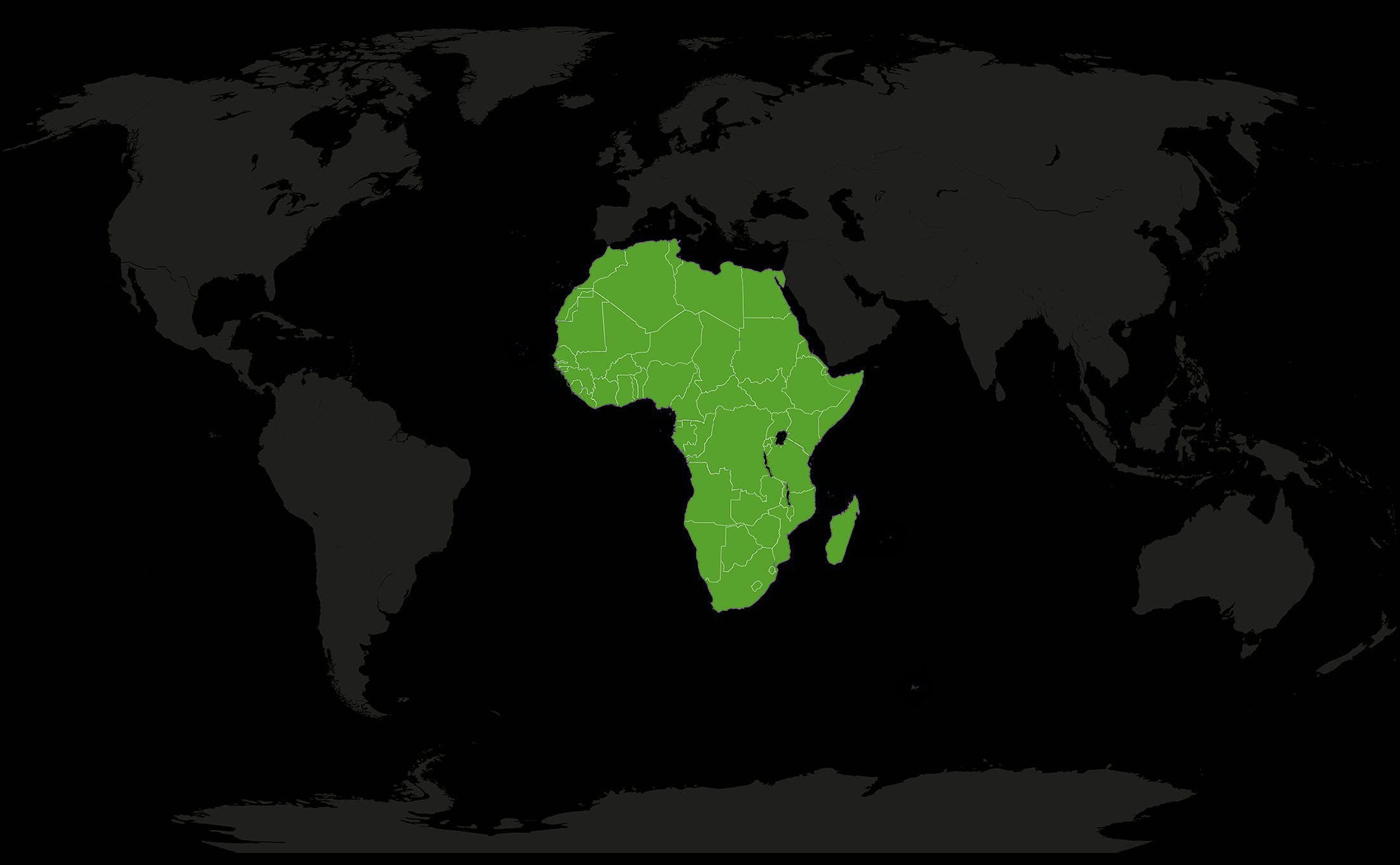 In order to create a global decarbonization model to achieve the 1.5°C goal, a sophisticated computer simulation of the world’s electrical grids was created with 10 regional and 72 sub-regional energy grids modeled in hourly increments to the year 2050, along with a comprehensive assessment of regionally available renewable resources like wind and solar, minerals required for manufacturing of components, energy efficiency measures, and configurations for meeting projected energy demand and electricity storage for all sectors through 2050. Below are the results for the Africa energy transition:

Even though North Africa currently has a strong dependence on oil, it can achieve the goal of 1.5°C because of its vast solar potential and high electrification rate. Africa and Europe are technically in a good position to form an economic partnership for solar energy exchange. One problem that needs to be addressed in the region of Sub-Saharan Africa is that it has low urbanization and a lack of access to electricity for two-thirds of its people. Modernizing traditional biomass use could lead to significant demand reduction due to the current prevalence of inefficient cooking and heating methods. Africa has significant potential for most renewables, including biomass, hydro, geothermal, solar, and wind. A small share of internal combustion engine-powered cars, fueled with biofuels or synthetic fuels, will still be on the road, but will be gradually replaced by electric drivetrains. Mouse over the charts below at 5-year increments to see data points for each transition. 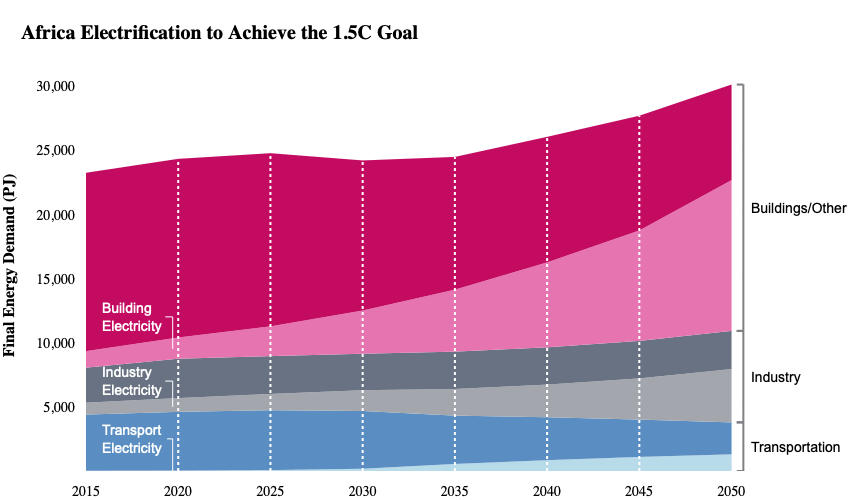 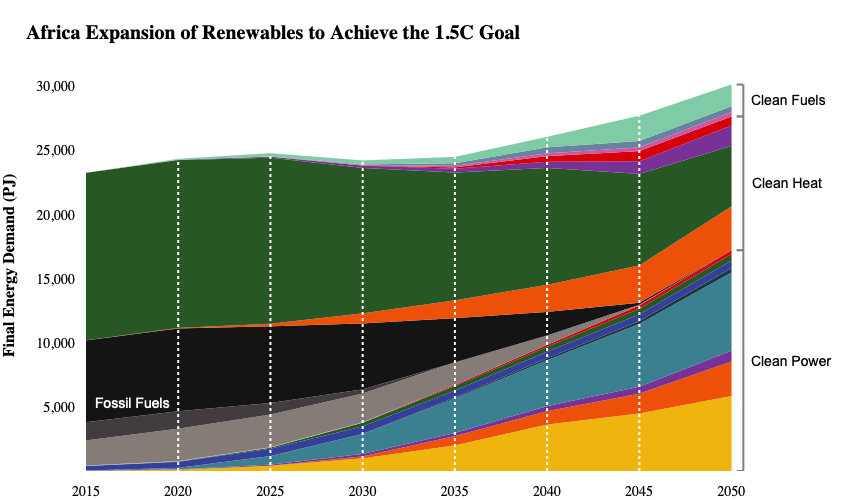