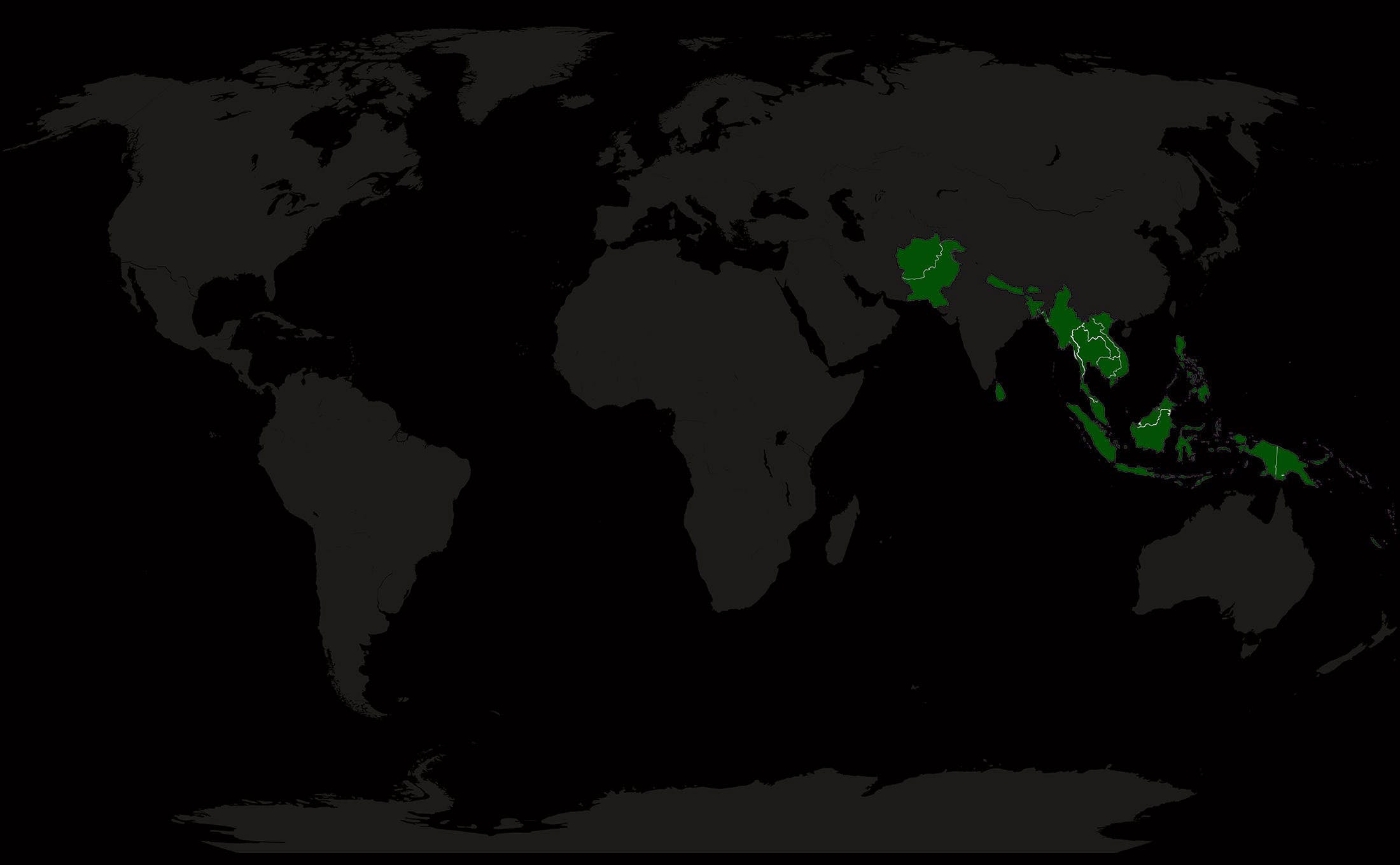 In order to create a global decarbonization model to achieve the 1.5°C goal, a sophisticated computer simulation of the world’s electrical grids was created with 10 regional and 72 sub-regional energy grids modeled in hourly increments to the year 2050, along with a comprehensive assessment of regionally available renewable resources like wind and solar, minerals required for manufacturing of components, energy efficiency measures, and configurations for meeting projected energy demand and electricity storage for all sectors through 2050. Below are the results for the Non-OECD Asia energy transition:

Non-OECD Asia can reach the 1.5°C goal by evaluating the energy grid in each country. On average, 77% of Southeast Asia has access to electricity, but this varies widely in the region. Myanmar and Cambodia, for example, have 30% access while Singapore, Thailand, and Vietnam have close to 100%. In Southeast Asia, 46% of the population still relies on traditional biomass. Even though the outlooks for individual countries deviate widely from the average, the model accounts for the full spectrum of renewable resources and technological development available across the region. Mouse over the charts below at 5-year increments to see data points for each transition. 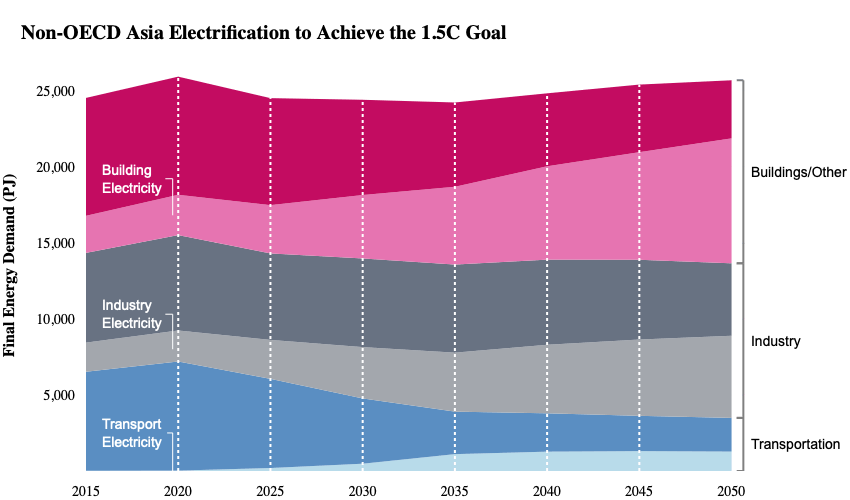 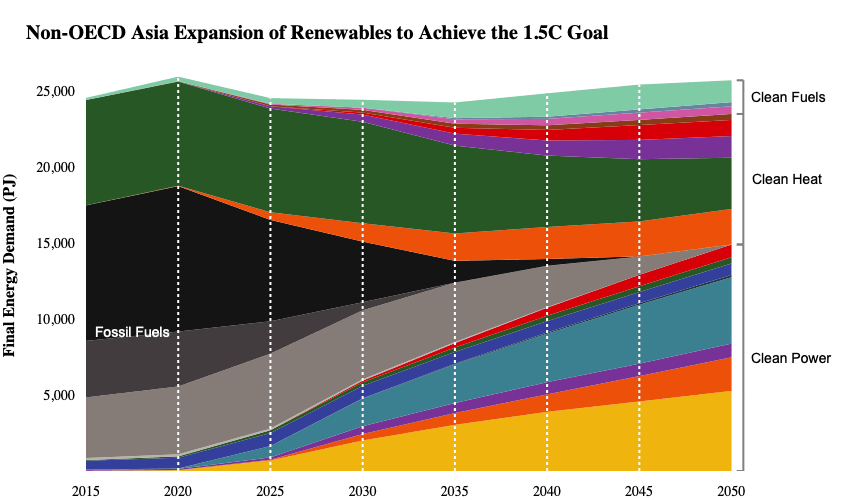