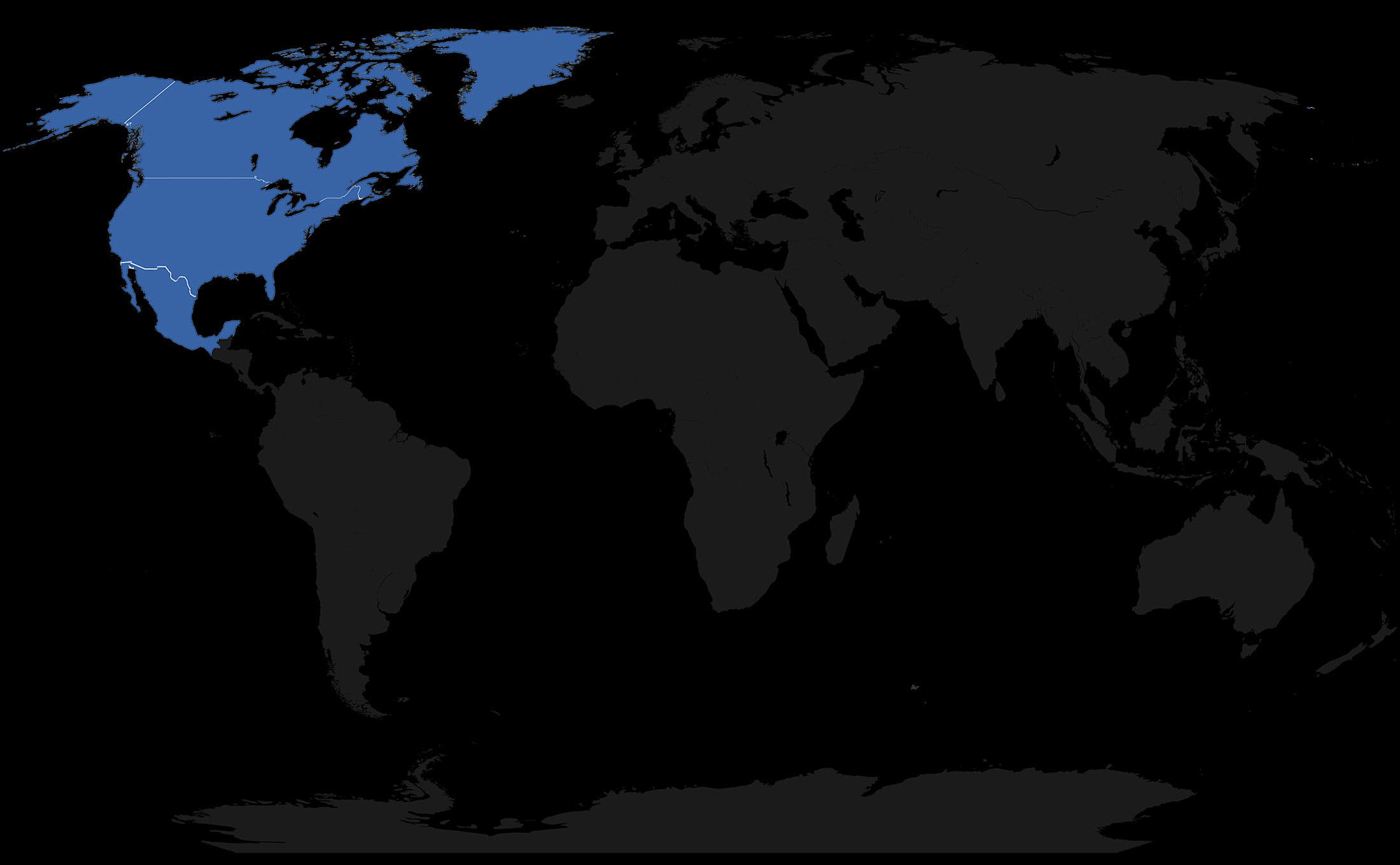 In order to create a global decarbonization model to achieve the 1.5°C goal, a sophisticated computer simulation of the world’s electrical grids was created with 10 regional and 72 sub-regional energy grids modeled in hourly increments to the year 2050, along with a comprehensive assessment of regionally available renewable resources like wind and solar, minerals required for manufacturing of components, energy efficiency measures, and configurations for meeting projected energy demand and electricity storage for all sectors through 2050. Below are the results for the North America energy transition:

In order for North America to achieve the goal of 1.5°C, an ambitious energy efficiency program is required. Wind and solar power generation will be the backbone of the power supply, supplemented by hydropower and concentrated solar power (CSP). There is a high potential for CSP in Mexico and the southern USA. There is also a high potential for offshore wind to power the coastal regions, supporting the production of hydrogen and synthetic fuels for the transport sector. After 2030, natural gas power plants will switch to renewable-produced methane and/or hydrogen, reusing the natural gas infrastructure already in place. Electromobility and hydrogen trucks and buses should enter the market earlier and faster than other regions. Biofuels will bridge the gap, providing carbon-neutral fuels until more powertrain technologies dominate the vehicle market. Mouse over the charts below at 5-year increments to see data points for each transition.

This region includes the United States of America, Canada, and Mexico. To explore the global transition model read the APCAG Executive Briefing. 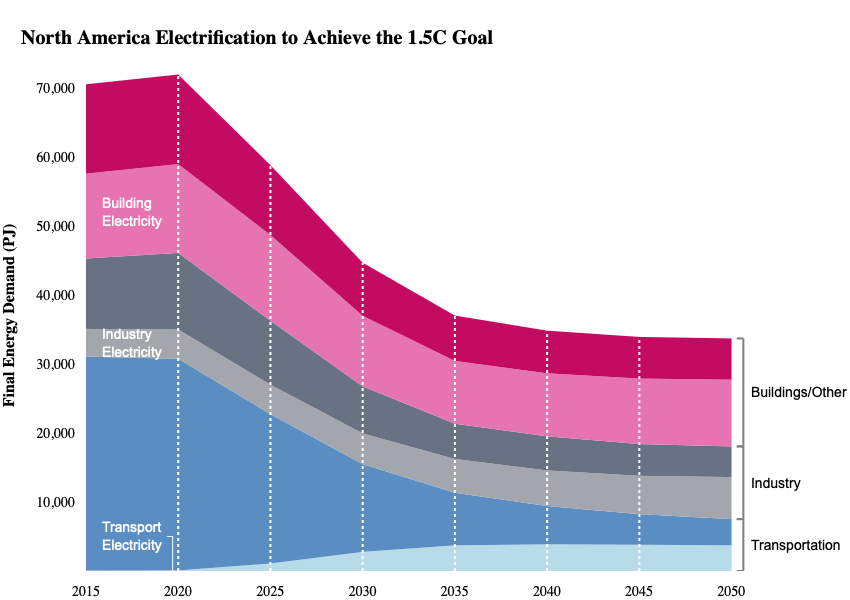 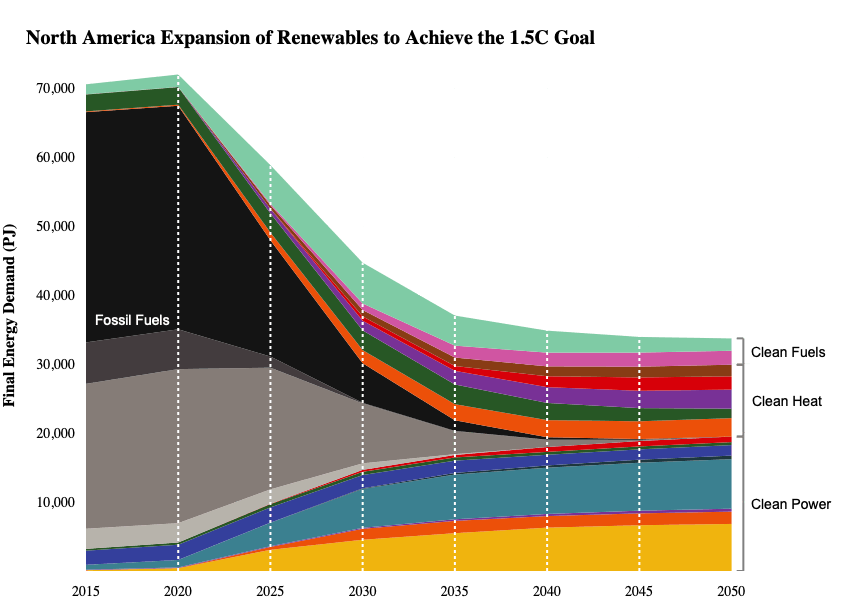