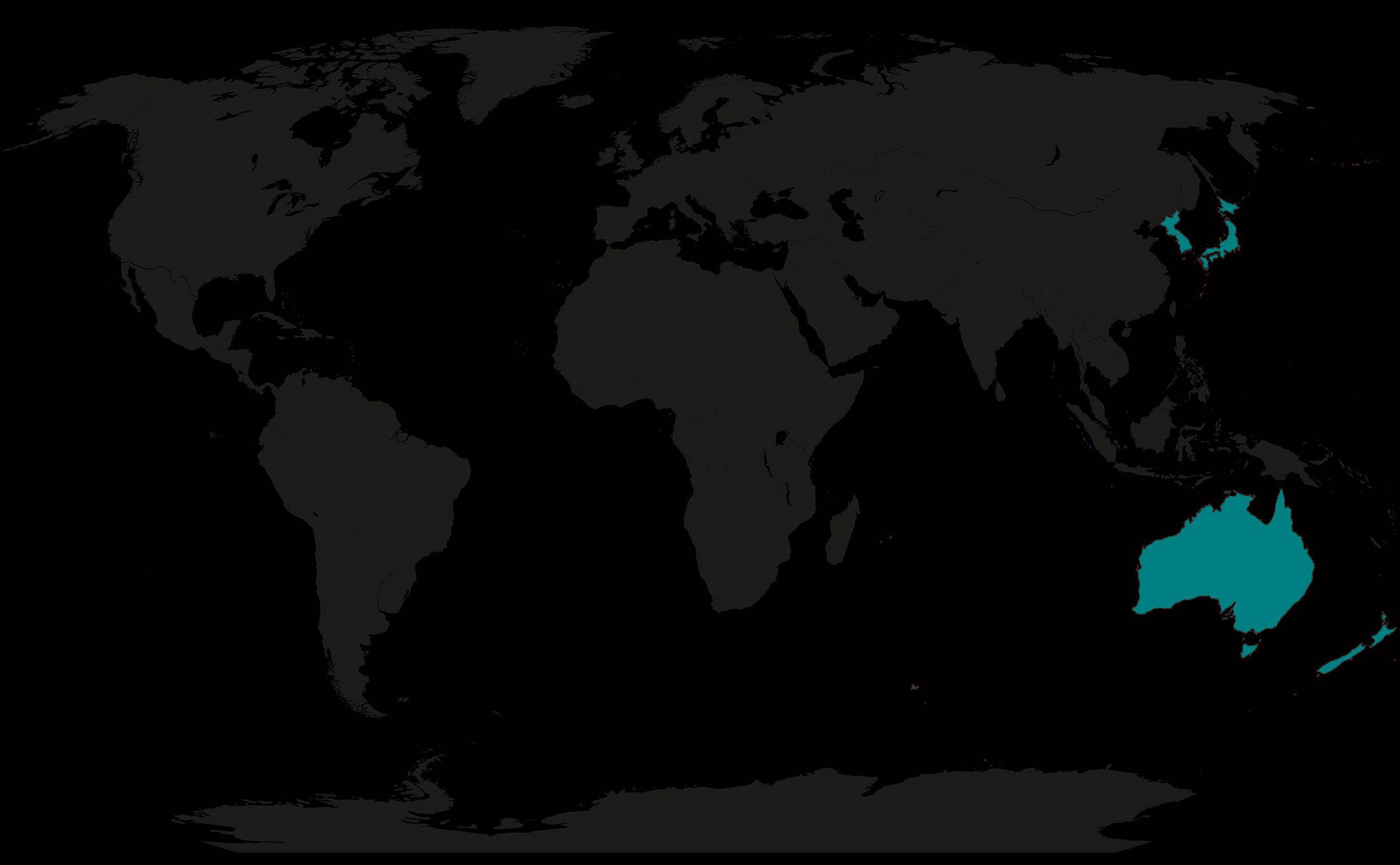 In order to create a global decarbonization model to achieve the 1.5°C goal, a sophisticated computer simulation of the world’s electrical grids was created with 10 regional and 72 sub-regional energy grids modeled in hourly increments to the year 2050, along with a comprehensive assessment of regionally available renewable resources like wind and solar, minerals required for manufacturing of components, energy efficiency measures, and configurations for meeting projected energy demand and electricity storage for all sectors through 2050. Below are the results for the OECD Pacific  energy transition:

OECD Pacific can reach the 1.5°C target due to the abundance of renewables in some countries like Australia. Renewables however are limited across New Zealand, Japan and South Korea. Following the accident at Fukushima and the implementation of feed-in tariffs for renewable electricity, the expansion rates for renewable energies, in particular PV, have risen sharply in Japan. Large distances across marine areas prevent physical grid connections for power transmission between countries. Hydrogen and synfuels will be used for long-term storage of renewable power and provide an option for balancing the renewable energy supply across borders. Cars with internal combustion engines using oil-based fuels are phased-out by 2040 in the model. Mouse over the charts below at 5-year increments to see data points for each transition. 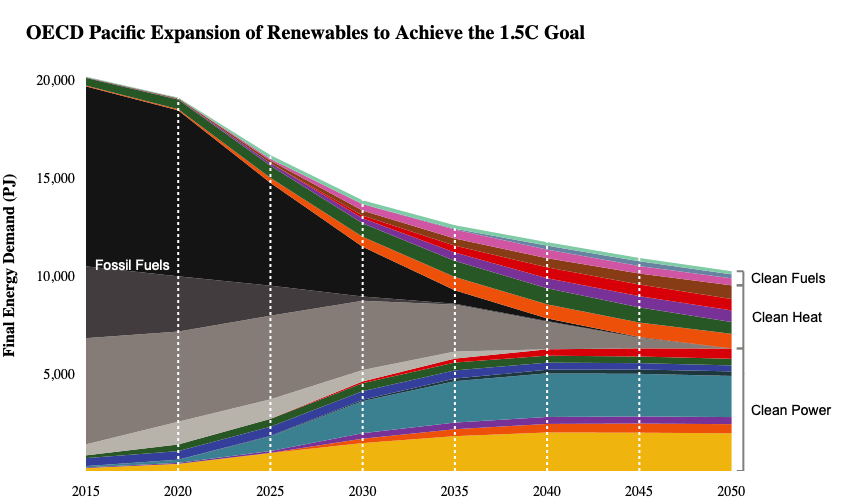