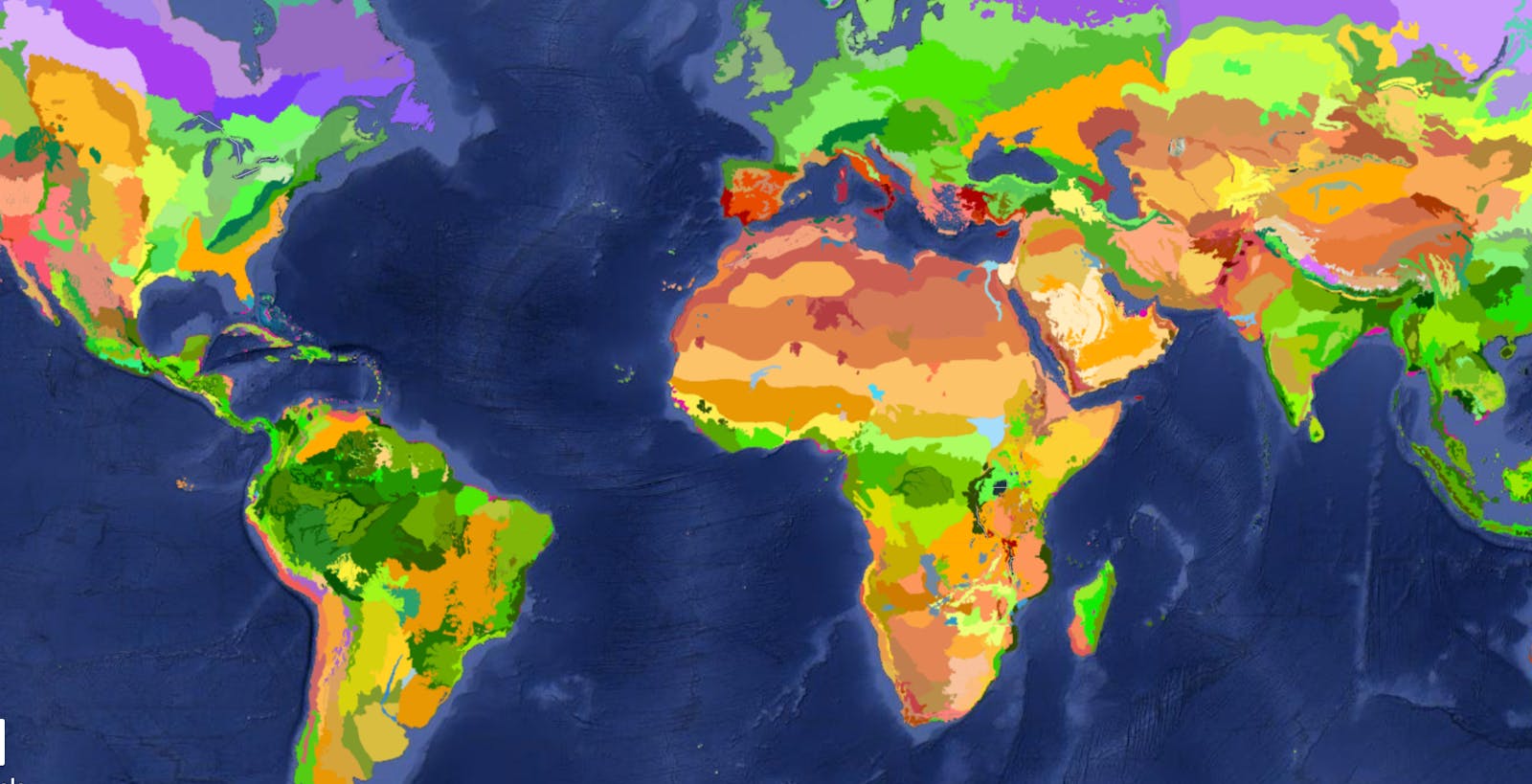 RESOLVE worked with One Earth to produce Ecoregion Snapshots, a concise guide to the terrestrial ecoregions of the world. These terrestrials ecoregions represent a new way of looking at life on Earth. Think of it as a new world map, a canvas painted by nature and informed by the distribution of plants and animals, the effects of mountain ranges, and other geographic and climatic features that determine “who lives where” in the natural world. Now freely available on One Earth’s website, these Ecoregion Snapshots become the “travel brochures” that highlight the most outstanding features of each place and why these natural treasures should be conserved.

Beginning in 1995, RESOLVE published lengthy, highly technical descriptions of the world’s 800+ terrestrial ecoregions, written for the scientific community and compiled in multiple book volumes. Since its introduction, the ecoregion framework has become widely adopted and cited in thousands of papers in peer-reviewed scientific journals. It serves as a centerpiece in the global analyses of biodiversity conservation priorities, such as an Ecoregion-based Approach to Protect Half of the Terrestrial Realm, the Global Deal for Nature, and the Global Safety Net to reverse biodiversity loss and stabilize the climate.

To make these lengthy descriptions accessible to the widest possible audience, RESOLVE and One Earth embarked on a mission: to advance “ecoregion-based knowledge”—an ecological sense of place—by distilling the essence of each technical description into highly readable one-page snapshots. We worked with a team of leading biodiversity scientists and world experts in conservation—including some of the same authors of the original descriptions—to create engaging narratives that draw readers into the fascinating landscapes of natural wonders present in each ecoregion. Every Snapshot includes recent information on local biodiversity features, protected areas, and overarching threats, accompanied by stunning photos of the habitat and important wildlife species. We also list priority conservation actions that are needed in the next decade in order to safeguard the biodiversity of each ecoregion. Finally, we identify flagship species—a “mascot” that represents the unique biogeography of the ecoregion.